This first photograph is from that year we hired dear late brother Keith as festival staff for the Rhythm and Ribs Jazz and Blues Festival in Kansas City. Pictured, left to right: Steve Baker, me, Keith, and Greg Carroll.

Happy May 12th Birthday Keith – we miss you.

Hey, Keith! I miss our annual “Father’s Day Golf” outings where we could always spend that time just hanging out together as brothers.

It’s been nearly ten years since you chose to leave your mortal life and it’s taken me nearly that long to simply not be as angry at you as I was sad over your choice. Yeah, that’s illogical for me, I know – hey, but I’m personally in a much better place over it all now and I sincerely do hope your spirit has found peace little brother.

So I went and had my clubs re-gripped before the season. The pro in the clubhouse remembered me and tried to sell me new clubs. I said, “nah.” But I did tell him I hadn’t played since you left. He said you would be happy about that. I agreed…

We all process grief differently, and that’s okay…

Christopher and Terri (Anderson) Burnett established their branch of The Burnett Family in March of 1979 at Copenhagen, Denmark. They are professional musicians based in the Kansas City Metropolitan Area. 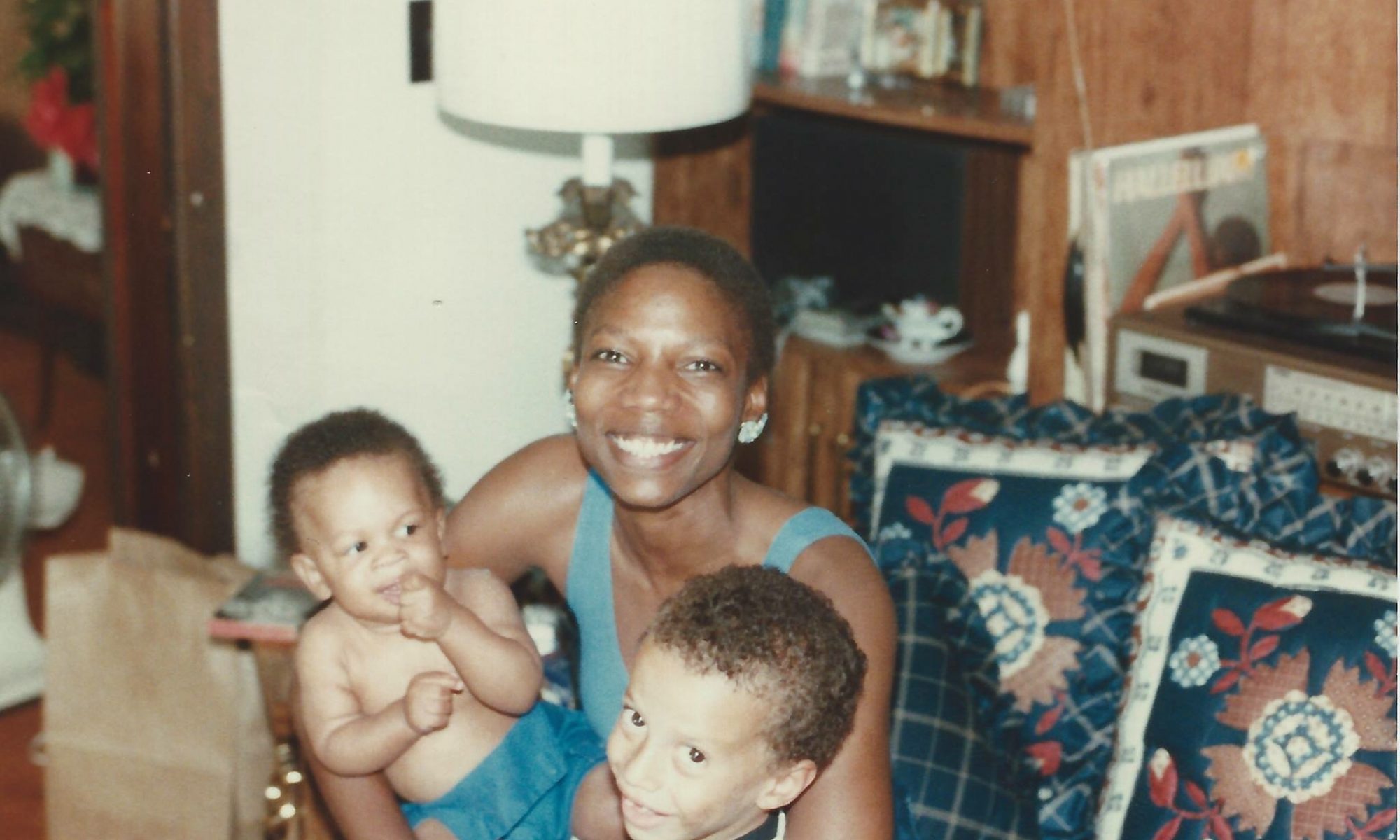 The signs of mortality are around us at every moment of each day. I’m not sure exactly when, but at some point in life we find peace with that fact and are not as afraid of death. Perhaps this is a counter to that human hyperarousal instinct and thus, inherently inoculates us against our primal fear of being mortal. Whatever the reason, it keeps most of us from staying in bed all day with the covers pulled up over our heads while waiting to die. Despite the challenges ahead for humanity and our nation, we move forward with optimism and confidence that another productive year is before us. We don’t chose to forget the past. We learn from it. We don’t forget our family members either – because they remain with us always in some context. So, the first post of 2021 is a “Roll Call” of our Burnett siblings and it’s dedicated to those family members of our generation who have gone ahead to that next dimension or plane of existence.

* Michelle Antoine did not live beyond a few days after being born premature and was buried in the US military cemetery near Toul-Rosières Air Base during our family’s military service tour in France. We never got to meet Michelle but love him. He would have made our sibling number 10 had he lived.

Nothing reminds us of our own mortality like losing a close relative or dear friend. Even the death of favorite celebrities can often be a sobering moment for most of us in this regard. Even when we do lose beloved family elders or when someone we have known personally for many years passes away after a long life and well-lived life, we are sad but generally able to find resolution at some point through our grief, if not total peace.

There seems to be another consideration for most of us and it’s after we have safely grown up into adulthood, established autonomous lives, and then begin losing our fellow adult siblings inevitably to death. For me personally, this consideration goes beyond a confrontation of one’s own mortality because that usually happens for people my age decades earlier. It seems to be more of a personally inescapable reckoning with one’s own life, in terms of what kind of person we have become, how many of our goals we’ve realized, and what type of legacy we will objectively leave behind. If we are still living we are still writing that history.

Of my nine siblings who lived through birth, grew up to be adults, and lived more life as autonomous people than children in their parents’ home, there are six of us still living at this writing in 2021. That’s pretty cool, especially since we are all over 60 years old now.

We lost our eldest brother Dean, who seriously dated several women but never married, or had children of his own, and by all accounts was a great person with a kind heart to many people in his life. A world class professional musician, he was a great mentor and friend to me after we got to know each other as adults.

We also lost our youngest brother Keith to suicide. Nothing prepares you for losing someone that way. It has taken most of these years since he killed himself for me to grieve and find peace personally – or as much as is possible. The fact is that many people die from suicide and like my youngest brother, most of those people suffer from the common and very treatable mental illness of depression.

However, the first sibling we lost was our dear sister Penny due to the effects of stage 4 lung cancer. Her death was clinically not unexpected. In this life she was a rascal and a very thoughtful person. It is an extremely sad experience to consider not being able to interact with her everyday. I still love and miss my little sister Penny dearly. Penny was the 6th of the 9 living children of Violet Lorraine Jackson Burnett and Clifford LeRoy Burnett.

Penny and I were among the middle children in birth order and come from a relatively large sibling family. I am the exact middle of the 9 living children who grew up together in our parents home. Penny was the eldest of the last 4 of the 9. All of our siblings have been validated at this point as highly intelligent and talented individuals. Penny was always among the most brilliant persons within this group.

From my perspective, Penny was the quintessential little sister who idolized me as her immediate big brother – unless I was around, of course. And, our childhood together included the typical adventures a big brother and little sister share while growing up together. Terri and I saw this type of dynamic between our own son and daughter during their sibling years with us at home.

And, even when our parents divorced while we were both still high school students, Penny was back to back with me on the mission of keeping the family together while achieving that immediate goal of our younger siblings graduating. We became mini-parents by proxy, while still being just “kids” ourselves. We walked around as if nothing had changed in our family and took care of business. I helped out our single mother with two after school jobs to help buy food and Penny made sure that chores and homework were getting done.

Growing up together, we children were always taught to stand for something positive. Like many kids, we were vetted before we even left home. When I graduated and joined the Army two years later, our single parent home life was relatively stable. Penny and I stayed in touch during her senior year and beyond. I would send money home to help out the family and come home on leave whenever I could. Penny held it down, even after she went to Emporia State to school. Everyone graduated. We beat the odds. We had kicked ass indeed. We won.

Penny continued to be the “glue” that kept all of us together. She knew what everyone was doing and what was going on in their respective lives. Penny knew what kind of characters we had all grown up to become, she knew our strengths and she tolerated our weaknesses. I always thought that was cool. She could have gone on with her own singular life after high school graduation, like many siblings choose to do. We weren’t our siblings’ parents after all. However, I came to appreciate the fact that Penny made a deliberate choice to keep in close touch with me, no matter where in the world I was over the subsequent years. Penny also made a deliberate choice to get to know my wife, Terri, and our children, Micah and Lorri, from the very beginnings of our branch of the Burnett Family through and up to the day that she left to go ahead of us.

I was tempted to post a photograph of my sister with me. But, Penny gave of herself to me and so many people as well. So much so that we all felt the special love she had for each of us individually. So, I could not post a singular picture of she and I together alone and still accurately represent that enormous dynamic. However, I posted a picture of her house instead. It is a beautiful little carriage house to one of the historic mansions in Leavenworth. It was a mess when she and Bill first moved there. Penny worked on that house for the better part of the 10 years that she and her husband Bill were married. Inside and out. Hardwood floors to kitchen remodel. Lawn and landscape. She finally finished it and was ready to begin buying her furniture to fill the special lovely places that Penny’s imagination and dreams had created within that house. The only frustration or sign of complaint that I heard my sister utter was objective disgust at the facts that she had her house done and that she had become terminally ill. Not a negative comment, just matter of fact. Those who knew and loved Penny too, know that it would not have gone down any other way. The story of that house epitomizes the way Penny was in her relationships with most people. She could see the beauty and greatness in all of us, no matter what condition we were in at any given moment. Now, that is a big heart and is truly a great example of the essence of what love is about.

PHOTO that sister Mary Jane took of our late sister Penny with two of her nephews (Madison and Micah) at our mom’s apartment on West Ottawa Street in Paola.