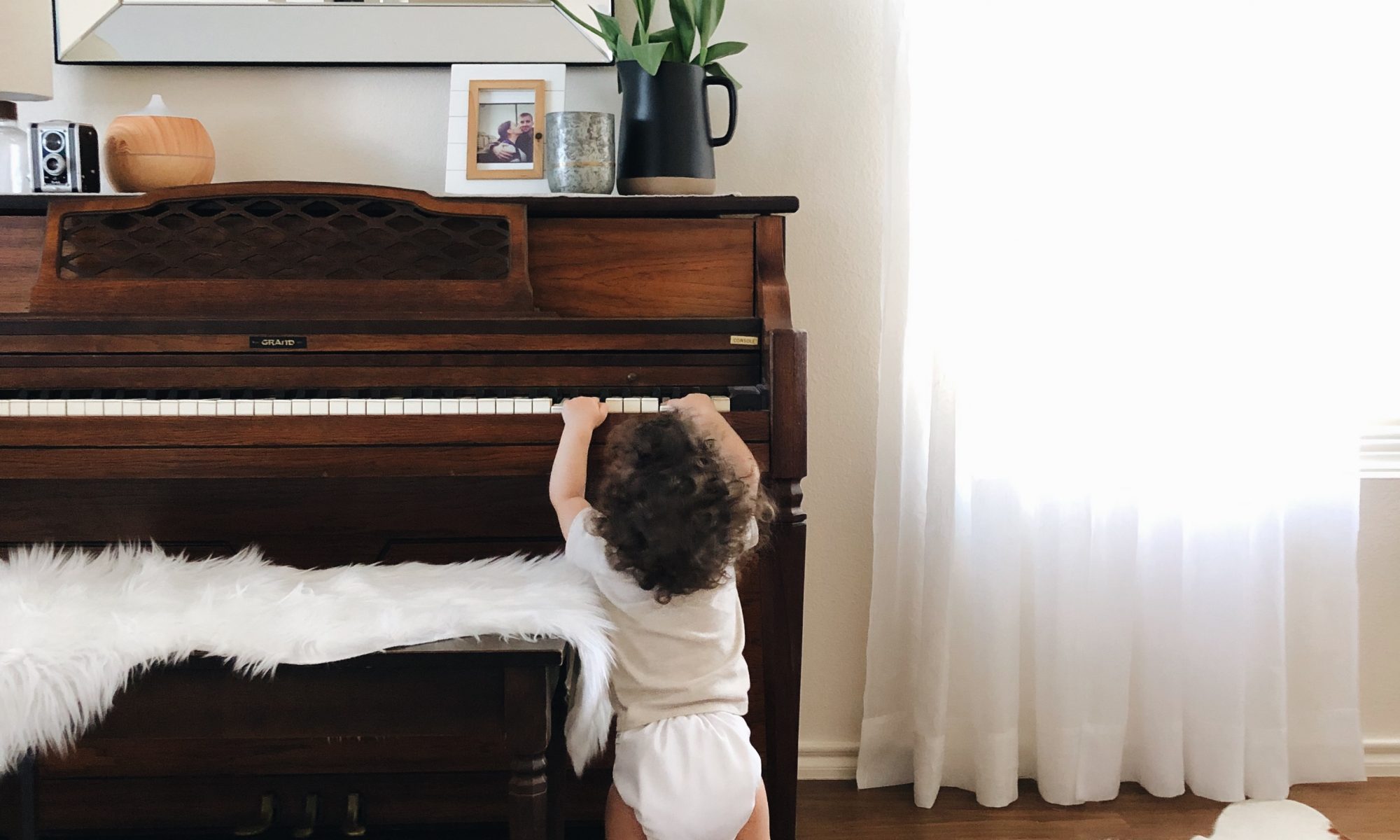 The little guy at the piano in the featured image of this post is our youngest grandson.

Like all of our children and grandchildren, he’s very “musical.”

But, there’s something special about him that makes me think he’s our next musician among our progeny and could likely help carry music into future generations.

He sings and hums to himself while doing most any task.

He moves to music when it’s being played on television or in real-time by someone on a musical instrument.

Whereas most people don’t hear the music that is going on around them like the underscore of movies, I’ve noticed that this little guy genuinely notices all musical notes – even those found in everyday things like the sound of a glass “clinking.”

It seems music is a natural consideration for him. I think he’s “our next musician.”

Both, T and I remember being like that too…

Our reasoning was sound because learning a musical instrument develops the brain in ways other subjects and activities do not. That was our primary agenda.

And people who know music in an applied context always seem to be more well-rounded than those who do not. I think it’s because they learned how to create art.

Both, our son and daughter were brilliant young musicians.

They were always among the best musicians of their generation and neither really worked too hard at it beyond playing at school or occasionally playing with us at home.

We really hoped they’d ultimately choose music like we did, and take it further.

Neither did. It wasn’t their “thing.” Although I believe either our son or daughter could have been successful as working professional performing artists and musicians.

Our daughter hadn’t played her flute for at least 10 years when we were visiting her at her family’s home one year and brought our flutes with us.

We pulled out some flute trio music and asked her to play.

She literally had to dig around the long-term storage spaces of her house for about thirty minutes before she finally found her flute.

When she found it we spent the next couple of hours playing trios and our daughter made less mistakes than I did. Brilliant!

I guess it really is “like riding a bike” …

I have told both of our children half-jokingly that we could have “made” them into musicians if we had wanted to do so and they would not have been aware we did it.

It’s sort of like the sports parents who get their kid a personal trainer in preschool.

We could have literally turned them into phenomenal musicians without their consent.

And we could have steered them into a career in the music industry as well.

We didn’t want to do that because we think being an artist is largely a choice.

Instead we took the path of teaching them applied music to a high level and then letting them choose whether to pursue it further from an informed perspective.

Neither chose music in that context.

But, that little guy in the first picture just might.

Music Is
Life
Is Music